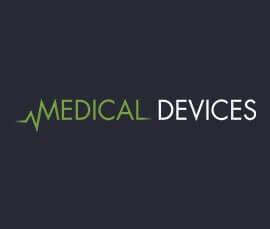 Ilan Goldberg
Sr. QA/RA Expert at Physio-logic Ltd.
Indicating CE Marking on product' catalogue
Our product received CE certification. In addition to the product labels and IFU, We would like to indicate in our product' catalogue the CE Marking with N.B number. Is it allowed? Please explain/Make citation.Thank you.source: https://www.linkedin.c...

Fiona Dunlevy
Medical writer and science communicator at Axcience
Where to find a list of CE marked devices?
Hello, I'm wondering if there's a centralized publicly available list/ database of medical devices that have received the CE mark in Europe?Thanks for helping!Fiona

Joe Hage
🔥 Find me at MedicalDevicesGroup.net 🔥
Easier to obtain CE Mark approval than FDA clearance?
How do you see this changing going forward?Study: Initially CE Marked medical devices have higher recall rateU.S. medical devices which won CE Mark approval in the European Union prior to gaining FDA clearance have a nearly 3 times higher rate of saf...

Barb Sichel
Director Business Development, Translations at International Language Services, Inc.
Translations for CE Marked products
At what point in your CE process do you look at translating your product documentation? Is this part of your overall plan or handled market by market, as you branch into new regions?source: https://www.linkedin.com/groups/78665/78665-6146449808384147...

Marco CATANOSSI
Quality/Regulatory Affairs and Technical Consulting
Is Machinery that make a MD, an Accessory? (EU CE Marking)
Dear fellow professional,I would like to ask your opinion on what follow.Thank you to all the contributors.According to MEDDEV 2.1/1 and Directive 93/42/CE, the intended use of the accessory must be such as to enable a device to be used in accordance...
1 2 Next »

Stay connected with us.

You Won’t Want to Miss a Thing.

We’re working to make MedicalDevicesGroup.net the world’s most useful site to serve the medical device industry.

This website uses cookies so that we can provide you with the best user experience possible. Cookie information is stored in your browser and performs functions such as recognising you when you return to our website and helping our team to understand which sections of the website you find most interesting and useful.

Strictly Necessary Cookie should be enabled at all times so that we can save your preferences for cookie settings.

If you disable this cookie, we will not be able to save your preferences. This means that every time you visit this website you will need to enable or disable cookies again.